Why Do So Many Incentive Plans Fail?

It is no secret that business leaders running companies of any size struggle with how to develop an effective incentive plan.  For many, it is the bane of their existence.  They roll out incentive plan after incentive plan—ever searching for, but seldom finding, the magic formula for success.  It’s frustrating.  Because I “feel your pain,” I’d like to help.  Let’s explore why so many incentive plans fail—and what we can do to make them more successful. 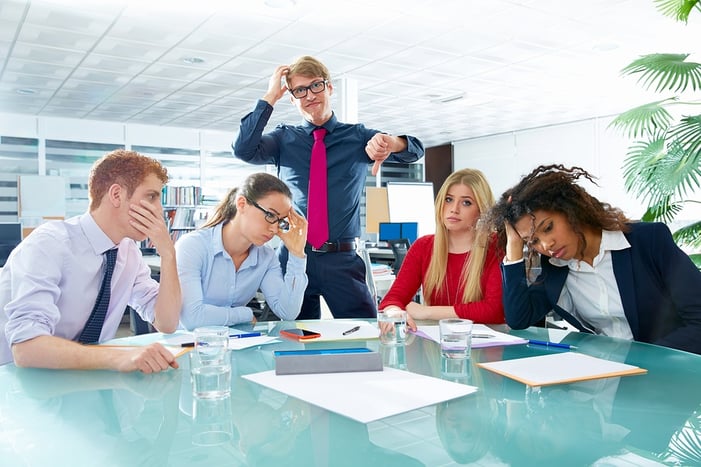 To begin our examination, let’s define some terms.  There are a lot of plans that are often grouped under the heading of “incentive," so we’ll want to identify each category and make some distinctions before talking about their short-comings.  Let’s use Webster’s Dictionary to help with our sorting.  Here are three terms we normally associate with some kind of variable pay plan and how Webster defines them.

Bonus: an extra amount of money that is given to an employee.

Commission: an amount of money paid to an employee for selling something.

Incentive: something that incites to determination or action.

Just by looking at those definitions, we can begin to understand why some variable pay plans run into trouble.  Each of the definitions provide insight into what most businesses “intend” when they initiate one kind of incentive or another as well as how the plan is “perceived” by those who participate in it.  For example, many companies have a bonus plan that pays a benefit either monthly, annually or quarterly.  Most participants in those plans likely view their bonus as “extra” money they are being given.  When it’s not received, or the payout is insufficient in their eyes, they express dismay and frustration.  So while employees certainly won’t object to the additional cash they’re getting, as a business leader, you have to ask yourself if that’s the best use of your compensation dollars.  What is the ROI on “extra” money given to employees?

As it relates to commissions, unless employees are sales people they don’t relate to a pay approach that rewards them for completing transactions or for meeting certain quotas.  Similarly, if a compensation plan is designed as a pure “incentive,” it can end up acting like a commission.  It is rewarding certain behaviors and results, by putting some amount of pay at risk if either isn’t fulfilled.  It is essentially result by financial manipulation.  This evokes a mixed reaction from employees.  They end up feeling that their variable pay is an attempt to micromanage their output.  It doesn’t reward them for making the “right” decision or applying an ownership mindset to their role.  This is the trap Wells Fargo fell into.

Let’s combine the Webster definitions with VisionLink’s years of experience designing hundreds of incentive plans to formulate a list of reasons so many of them fail.  Here are the five most common.

1. They seek to change or control behavior.  While there are certain positions in an organization where you may want to reward behavior (for example, routine but important task fulfillment), most roles should have a strategic purpose.  Rewards should be attached to the outcomes associated with that purpose, not for simply fulfilling certain actions or activities.

2. They rob employees of their creative input.  Daniel Pink and others have written about research that demonstrates you don’t improve innovation by providing a financial incentive.  Creativity grows out of intrinsic motivators not by offering extrinsic “carrots” for getting the job done.  Instead, rewards should grow out of the collective value creation that innovation drives (more on this in a minute).

3. They are short-term instead of “big picture” oriented.  In VisionLink’s work with clients, we observe that most companies have growth goals that are oriented towards building a future company that is bigger and better than the current organization.  However, those same companies inevitably reward performance that is achieved in a period of 12 months or less.  Variable pay plans should be balanced between rewarding short and long-term results.  They fail when they emphasize one to the exclusion of the other.

4. They aren’t tied to overall company results and they lack line of sight.  In an effort to micro manage the fulfillment of certain results, organizations can end up detaching their incentives from basic company performance requirements.  For example, they pay bonuses even though profitability thresholds or department targets have not been met.  Instead, too much emphasis is placed on rewarding individual performance.  This keeps employees from making a link between the company’s financial vision, its business model and strategy, their role and what’s expected of them in that role and how they will be rewarded for meeting those expectations.  Without that link there is no line of sight.  Without line of sight, incentive plans are destined to fail.

5. They are either too discretionary or too quantitative.  This is the tyranny of the extremes—which is where most variable pay plans find themselves.  A plan that is overly discretionary means the owner or CEO waits until the end of the year to “see what happens” and then tries to come up with a “fair” payout for eligible employees.  Participants end up not knowing what they did to “earn” the extra cash—which means it is seen as Webster defines a bonus.  It’s just extra money.  The other extreme is a plan that has so many metrics that employees end up either confused about what they need to do to receive their incentive payout or they are demoralized because they think the requirements are out of reach.  Compensation plans that are tied to performance need to be clear, simple, relevant and achievable to be effective.  Otherwise, they will fail.

The bottom line to all of the above is that traditional approaches to incentive pay are philosophically broken and in need of repair.  They are not used as a means of empowering employees to adopt a stewardship approach to their roles and don’t offer participants a sense of partnership with company leadership.  So let’s talk about the new direction companies should be taking to solve this problem.

Organizations will be stuck in failure mode with variable pay as long as they treat it as some form of incentive.  And the longer that cycle continues, the harder it is to break.  Employee expectations become entrenched and change is perceived as a “take away” once it is introduced.

Instead, CEOs and other business leaders need to be able to define and communicate what it means to create value within their businesses.  Once they are able to clearly identify and explain value creation, it becomes easier to take the next step which is to determine how and with whom that value should be shared.  Value-sharing implies there is a direct relationship between the added value that is produced and how someone is “rewarded.”

That is the first fundamental change that has to occur for incentives to emerge from their failure cycle.  Businesses must move away from the term “incentive” and replace it with “value-sharing.”  However, this not just a game of semantics.  This is a philosophical shift.  Businesses that embrace this kind of move do so because they begin viewing and treating compensation as an investment that should be tied to a real return and not just an expense to be minimized and contained.  It’s not a manipulation device.  Pay is a strategic tool designed to create a more unified vision for business growth.

Companies measure value creation and then share it with those who produce it because they are committed to a wealth multiplier philosophy.  Wealth multiplier organizations believe that value creation accelerates when all stakeholders (not just owners) feel like growth partners in the company’s success.  That kind of relationship reflects a more mature view and approach to value-sharing than the use of pure incentives.  While incentives may tie pay to performance in the technical sense of that term, they don’t help employees assume responsibilities for roles and outcomes.  Instead, they focus on duties and behaviors.

What all this means is that if you run a business, your relationship with your employees is not unlike the one you have with your customers.  It’s about how you structure and communicate your value proposition.  Customers will not respond as well to feeling manipulated as they will to feeling as though they are experiencing greater value in their life as a result of their association with your product or service.  And they will help you create more value for your business as long as you continue to create more value in their lives.

Employees are no different.  They will relate to a value proposition that makes them feel like a growth partner in the company’s success.  As long as they perceive that you are as intent on helping them share in the value they help create as you are in building value for shareholders, they will apply their efforts to making that partnership succeed.

In one form or another, most companies face an uncertain future right now. That’s a true statement any time,...