Why a Pay Philosophy is a CEO’s Best Friend

An article that appeared in Entrepreneur Magazine’s  online edition late last year made the following observation about compensation:

Only 20 percent of people say they understand how their employer determines pay, according to compensation research firm Payscale.  But that doesn't have to be the case, and it shouldn't be. "Ten years ago, employers held all the cards.  Now, employees can be much better armed with data," said Tim Low, PayScale's senior vice president of marketing.  With sites such as PayScale and Salary.com, employees have a greater ability to research what their work is worth and a better opportunity to ensure they're being paid fairly. (What Your Salary Says About You, Entrepreneur Magazine Online, November 17, 2015, Stacy Rapacon) 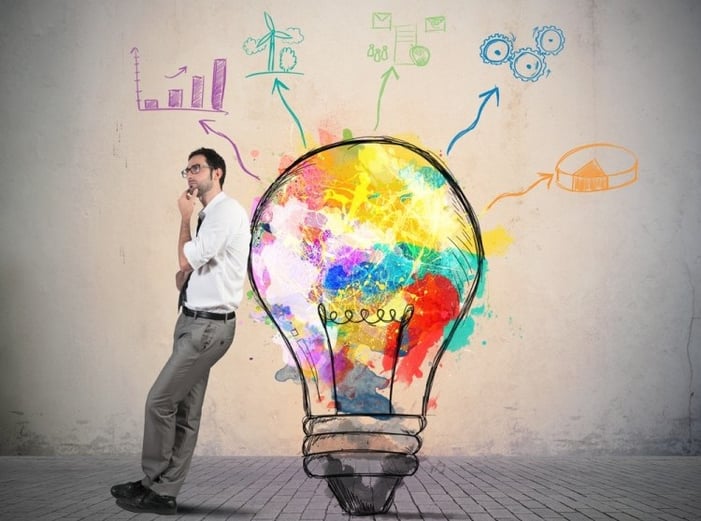 That view likely rings true with you if you lead a company.   At VisionLink, in our work with CEOs across the country, we hear countless stories about employees making the case for a certain level of pay based on the data they found on the internet.  Others recount instances of people in senior positions feeling they deserve equity in the business based on what competitive data say.  Those who pay annual bonuses tell tales of an entitlement attitude that has permeated their workforce.  “Employees think their bonus is just an expected part of their pay,” one chief executive lamented.   In each of these instances, there is a clear disconnect between company leadership and employees when it comes to decisions about pay.

In short, if you’re a business leader, it’s easy to be in the defensive when it comes to compensation issues. And if you don’t take appropriate steps to get ahead of the problem, it can become a real cancer in your organization leading to attrition, low morale and diminished performance.

Unfortunately, too many CEOs have a reactive response when approached by employees about pay issues.  As a result, they often end up making matters worse instead of better with their knee jerk remedies and band aid solutions.  For example, one leader might raise someone’s salary for fear of losing that person—in the process creating a precedent he can’t sustain.  I’ve seen others give out stock to a key employee because that person plays a critical role in the business only to find out later that the employee didn’t think it was enough and is frustrated she has no means of redeeming it unless there’s a transaction sometime in the future such as sale of the business.  In each instance, the business leader lives to regret their action because it either opened the flood gates to further requests or created an ad hoc approach to addressing something that should have been handled strategically.

The Role and Importance of a Pay Philosophy

What I’ve just described happens to organizations that have no core philosophy guiding how they make compensation decisions and what their rewards strategy will be.  A pay philosophy is a written statement that company owners and senior strategy leaders draft to spell out a value system and construct that guides how people will be paid in the company and why.  It is written so it can be easily shared and referenced both when leadership makes decisions about specific pay strategies and when it communicates the nature of the organization’s pay system and its components to employees. It acts as a kind of compensation constitution for those charged with envisioning, creating and sustaining the rewards strategy of the company.

A good compensation philosophy statement will define and articulate the following:

1. How owners define value creation.  This means establishing and communicating the threshold at which owners feel that business performance is attributable to the people at work in the business and not just the shareholder capital (already) at work.

2. How and with whom owners believe value should be shared.  This addresses what happens with the value that is created through the productivity and performance of individuals and teams in the organization.  Will the company share equity?  If so, under what circumstances?  If not equity, how will value be shared?  And so on.  (See also #5.)

3. How increased earnings opportunities can be attained.  Organizational leaders need to decide, for example, whether they want high earnings to be achieved by moving up through salary grades or whether value sharing will be the primary means of increasing one’s compensation.  This means that, philosophically, leadership needs to spell out the extent to which pay levels will be driven primarily by performance factors—be they individual, team/department or company.

4. The balance the business wants to maintain between guaranteed and variable compensation.  This a further refinement of #3 that defines how the company will address its pay construct in real life terms and on what basis.  For example, where does the company want to be relative to market pay for salaries?  What about for total compensation?  If it believes it should be at the 80th percentile for salaries, what will this mean for how much emphasis will be placed on value sharing opportunities?  Will the balance between salary and variable pay differ for each pay grade or tier?  (Probably)  And why does the company believe this is the right balance to strike?

5. The rewards emphasis the company wants to put on short versus long-term value creation.   This is really a decision about whether the company will be focused more on immediate or on sustained results.  Business leaders need to determine whether they want employees focused on performance “sprints” (of say 12 months or less) or longer-term outcomes.  Again, will this vary by tier or other employee classification?  If so, what is the right balance at each level?

6. How the company will finance its value sharing plans.  This is easily determined if company owners have been clear in their value creation definition as described in #1.  For example, a business might say that value sharing must be “self-financing”—meaning benefits will only be earned when sufficient value has been created—and will be paid solely out of a productivity profit.  A business’s productivity profit is the net operating income that remains after accounting for a capital “charge” (from operating income) to protect the return shareholders expect on their capital contribution.

7. How the company will address merit versus cost of living increases.  If an organization has clearly defined what value creation means, andis committed to the concept of a productivity profit, the philosophical framework is in place to define what it intends for merit pay.  When the other six factors listed here are addressed properly, cost of living increases will likely only apply to limited positions within the organization.   All increases will be merit-based.  In conjunction with #4, leadership just needs to determine how much weight it will place on guaranteed compensation versus incentives and on the former, what performance criteria will drive the salary increases for which employees can become eligible.

A philosophy statement may address more or less than those seven issues.  What’s critical is that an organization thinks through what it’s willing to pay for and why.  If it has made the effort to get clear in its thinking about the role it wants compensation to play, it can address employee challenges from a position of operational integrity.  When it can communicate a well thought-out philosophy, some employees may still disagree with it, but they can’t claim it’s unfair.  This is because the philosophy statement is merely reflecting the economic values of the organization in support of the company’s vision, business model and strategy.  In a sense, it becomes a kind of screening device for recruiting and retaining talent.   If someone doesn’t relate to the rewards philosophy of the business, there’s a good chance that person is not a good fit for the organization.   After all, the compensation philosophy in essence describes the nature of the financial partnership company leadership wants to have with its employees.  If an employee is looking for a different kind of economic relationship, the pay philosophy will bring that conflict to light.

One of the core conclusions of this compensation philosophy discussion is that pay requires strategic thinking.  Strategy requires leadership.  As a result, it is the CEO's role in building a pay strategy and assuming a governing role in the discussion of a pay philosophy.   An organization’s compensation values emerge from the company’s performance framework—for which the company’s chief executive is responsible.  They must reflect and support shareholders’ growth expectations and enable a performance culture.  The CEO is the ultimate steward of the shareholders’ interests and he or she relies upon a productive workforce to makes sustained results possible.  That is why the chief executive’s role in building the company’s pay strategy is so important.

When a philosophy is defined and enforced, there is inherent accountability built into the way people are compensated—thereby making pay another engine of growth within the business.  In that sense, rewards can become a kind of growth partner to the organization’s business leader.  The accountability that is baked into compensation rooted in a clear philosophy has two dimensions: 1) pay becomes accountable for generating a positive return (productivity profit) because it is tied to value creation, and; 2) the way people are compensated ties employees’ financial interests to the outcomes the company needs for breakthrough growth to be achieved.

Too many chief executives want to keep compensation planning at arm’s length and view it as a cost to be contained as much as possible.  Those who approach things that way keep themselves from using pay as the strategic tool it is intended to be.  The result is that compensation ends up hindering company performance instead of being a growth driver.  Conversely, the underlying assumption of a rewards philosophy is that pay is a critical investment that has to be properly allocated and measured for its return. Chief executives who treat it as such find compensation to be a critical factor driving the performance they need.

When a CEO engages in the practice of developing a clear compensation philosophy, he or she will find most pay-related decisions become much easier to make.  The essentially make themselves.  In addition, employees will have greater clarity about the vision of the future business, the business model and strategy that will fulfill that vision, the roles people play in that model and strategy and what’s expected of them in those roles, and how they will be rewarded for fulfilling those expectations.  And that kind of line of sight is the primary source of employee productivity, performance and engagement.

It’s hard to believe, but year-end is upon us.  You are likely making plans to ensure 2017 will be a bigger and...

When members of our firm first meet with prospective clients, we will often be asked something like this: "What...