LTIP or STIP-Which is More Important?

It is a question our firm is asked often.  And our answer is an emphatic…yes!  I'll explain. 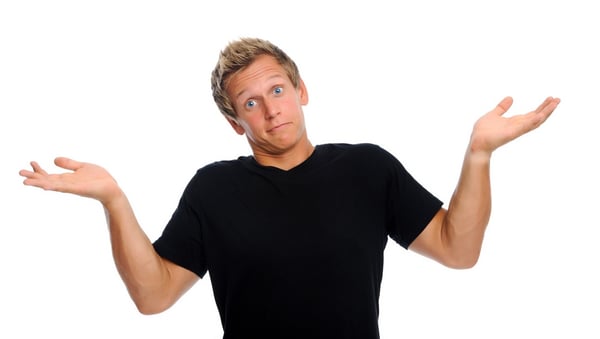 The reality is that if any of the following outcomes are priorities for your company, you will need to offer both a short and a long-term incentive plan:

There’s more but you get the idea.

A New Way of Thinking

Most organizations are still applying old-school thinking when it comes to variable compensation.   They see STIPs and LTIPs as independent pay components that they design and analyze separately and with different purposes in mind.  In today’s environment of light speed change, that kind of approach is problematic.  It fails to address the need for enduring but agile rewards programs that mirror the way organizations are managing and mentoring their people towards the achievement of the combined short and long-term results they are trying to drive.

The new way of thinking about and building incentive plans has to do with the concept of value creation.  Organizations run into challenges with their variable pay plans when they do not have a clear way to measure the value their human capital creates for the company—beyond that generated by other capital assets already at work in the business.  Until this is clear, it will be hard for them to determine how much value they should be sharing and with whom—regardless of whether it is intended to reward short or long-term results.

The first shift that is occurring in growth-oriented companies that “get” this idea is that they no longer think or speak in terms of “incentives.”  They see that term as antithetical to what they are trying to promote and reward.  The word “incentive” implies that an organization is trying to use pay as a mechanism to elicit a certain kind of behavior or performance.   Research evidences that approach is counterproductive because motivation is intrinsic and rewarding behavior stifles performance, because it is viewed as manipulative.

Instead, companies with high performance cultures are replacing the term “incentive” with “value- sharing.”  This new term reflects a whole new perspective about variable pay.  It means business leaders are seeing this part of their pay offering as a natural extension of the stewardship they want their people to adopt towards their roles.  Under this shift, the company’s philosophy regarding pay is: “We share value with those who help create value.  And the more value you create, the more we’re willing to share.”

The second shift that naturally cascades from this philosophy is that value-sharing should be “self-financing.”  In other words, value is only paid out of the value that has been created.   More specifically, it is paid out of “productivity profit,” the amount of net operating income that exists after accounting for a capital “charge” to cover the return shareholders are entitled to as a result of the financial assets they have tied up in the business.  This is the type of value creation threshold companies are defining when they make the shift from “incentives” to “value-sharing.”

Once a company buys into the idea of sharing value instead of paying incentives, a second mindset shift occurs.  Business leaders adopting this approach realize there really should be just one value-sharing philosophy under which they plan variable pay.  However, this doesn’t mean they see their STIP and LTIP (or, short-term and long-term value sharing) as the same plan; they are not.  It simply means that their decision-making about this part of their rewards strategy grows out of answers to the following questions:

Once you buy into the two-dimensional value-sharing approach, you realize the question posed in the headline of this post is really not relevant.  It’s not a matter of determining whether you should have a short-term or a long-term plan.  Instead, your focus should be on how to share value in the proportion that will most like assure the outcomes you want achieve.  Without this approach, your organization runs the risk of over emphasizing either short or long-term priorities.

We live in business age when all previous norms are being challenged—even (perhaps especially) those that apply to compensation generally and incentive plans specifically.  All indicators are that organizations with high growth ambitions will need to adopt a pay philosophy that demonstrates the business’s commitment to turning their employees into growth partners—where all stakeholders benefit from the wealth multiple they help drive.  And the sooner you make that shift, the better off you will be.