I don’t think any would argue that the events of 2020 created a cosmic shift in the way companies operate in America and around the world. The lockdown had a broad and deep impact on enterprise leaders of businesses large and small. Each was thrust into a crash course on crisis management, cultural agility, structural adaptability, and—in some cases—enterprise survival. It was unprecedented and harrowing. 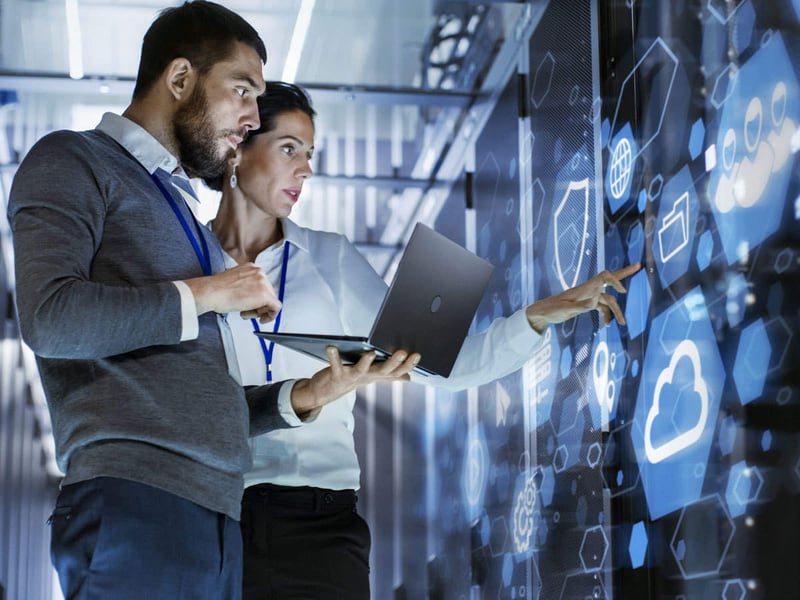 The good news is that most feel they emerged from 2020 better for the experience. The rate of improvement most leaders saw in their businesses accelerated in ways they would never have conceived possible. In other words, necessity definitely became the mother of invention. Not only did the economic shutdown force companies to make structural and operational adjustments, it also caused them to institutionalize resiliency. But chief executives also emerged from the crisis realizing they needed systems that would help them better understand the current state of their enterprises as well what lies ahead.

Part of the reimagining companies have been doing over the last 18 months relates to their pay strategies. The shutdown gave business leaders a wake-up call about their rewards approach. The sheer weight of their payroll expense virtually paralyzed their cash flows. Most learned their approaches were imbalanced and inflexible. Almost all determined they needed to alter their company's compensation approach in the future.

At VisionLink, last year we observed many of our clients effectively adapt their companies’ compensation approaches during the economic shutdown. In fact, those who had arranged things properly before the pandemic didn’t panic and merely had to “rebalance” their pay offering when the emergency it. Others have had bigger changes to make because their rewards construct was rigid and heavily weighted towards guaranteed compensation (e.g. salaries). In observing both approaches over the past year, we have identified three ways businesses should be altering their rewards strategies going forward. These three adjustments will help companies be prepared for any economic condition that might present itself in the future.

Economic crisis or not, businesses run into problems when they don’t have a clear philosophy about pay. It causes them to be reactive instead of strategic in their compensation planning and decision-making. A lack of philosophy also creates awkward and often contentious conversations when employees approach company leaders with pay-related complaints. Such conversations happen because employees don’t know how their compensation is determined or the belief system that undergirds the company’s value proposition.

Every business should have a written compensation philosophy statement. Its purpose is to articulate the value system that will guide how people will be paid in the company. The reason it is written is so the statement can be easily shared and referenced—both when leaders are considering the adoption of specific compensation plans and when they communicate the company’s pay offering to their people. The philosophy statement acts as a kind of compensation constitution as enterprise leaders attempt to envision, create, and sustain a rewards strategy that engenders a unified financial vision for growing the business.

Incentive compensation is largely based on a “pay for performance” philosophy. Incentive plans are typically adopted to "incentivize" certain behaviors by paying additional compensation to employees if they achieve certain metrics. Although companies have followed this system for years, it is flawed for at least three reasons: 1) the plans are usually highly manipulative, which, research has determined, tends to suppress performance instead of encouraging it; 2) they create a sense of entitlement because employees come to see the incentives as an expected part of their compensation, and; 3) employee performance rarely merits the amount being paid in incentives.

To solve this problem, organizations must begin replacing their incentive plans with value-sharing. The concept behind this approach is that employees participate only in value they help create—and only if the value created is sufficient to merit a payout. Setting value creation targets starts with defining thresholds of profit that must be met before the company will share value (from those profits) with employees. These thresholds are designed to protect shareholders’ capital investment before profit gains are used to fund value-sharing for others.

The value-creation model turns variable pay into a kind self-financing incentive plan. In other words, because benefits are being paid out of value that has already been created, the “incentive” is essentially paying for itself. Through this approach, theoretically, employees have unlimited earnings potential, because payouts always follow the creation of value. So, the more value employees create, the more value the company is able to share. Conversely, if insufficient value is generated, then no value-sharing should occur.

Peter Drucker once wrote that “the manager’s job is to keep his nose to the grindstone while lifting his eyes to the hills” (as quoted by Ken Favaro in strategy+business). What he meant was that business leaders need to be operating in two modes all the time. They must pay attention to what’s happening in the present year while simultaneously focusing on future growth of the business.

The ideas of these two prominent business thinkers emphasize a critical principle about compensation. Your rewards approach must reinforce the kind of results you expect your people to achieve. And there are two time periods on which you need them focused—one short-term (12 months or less) and one long-term (more than 12 months).

The right balance of rewards for each performance periods varies by company and is based on a variety of factors. The balance can also differ from one employee tier to another. But, for general guidance, the allocation of value-sharing between short and long-term typically looks like this:

Certainly, compensation is a difficult issue for most organizations. It is costly and, if not managed properly, can put a company at risk. Just think about its impact in 2020. These three adjustments will go a long way to reducing both the expense and the hazards associated with your rewards strategy while improving performance at the same time.

How to Create an Incentive Plan that Pays for Itself

What if your incentive plan didn’t really cost you anything?  How much value would you share?  In theory, there...

What is Phantom Stock & Why Has it Become So Popular?