Incentives and the Intrinsic vs. Extrinsic Motivation Conflict

A controversy continues. Some researchers, academicians and authors continue to serve up evidence that, as a general rule, performance incentives don’t work…and can even be destructive. A recent Harvard Business Review article is the latest example. The general claim in these examinations is that people are driven primarily (some claim entirely) by intrinsic motivators and that extrinsic “if you do this then you’ll get that” programs not only aren’t beneficial, they are most often harmful.  Meanwhile, enterprise leaders scratch their heads and wonder how to make sense of it all in their day-to-day “how should I pay this person?” world. 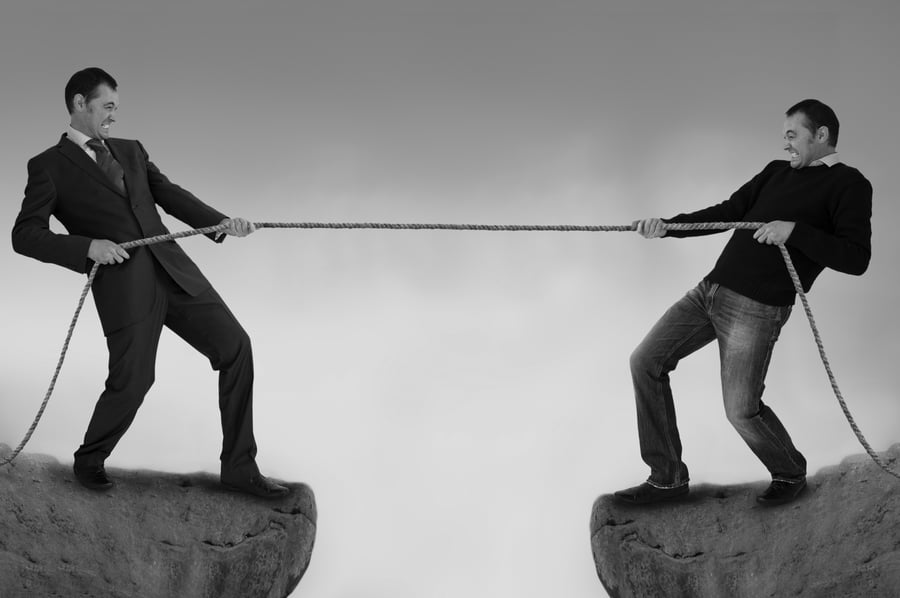 So, let’s see if we can lessen the intrinsic versus extrinsic tension just a little bit, shall we? Let’s all take a deep breath and sort this out.

Much of the research in question argues the primary problem with financial awards is that they tend to  inhibit creativity and innovation. They point to studies where people performed worse when they were offered a reward for finishing a creative task sooner or “better.”  Those making this argument suggest you are better off just paying these people a “fair” salary because they aren’t going to work harder or smarter just because a performance incentive is part of their pay package.  It’s the intrinsic drive they have that makes them perform, not pay.

The problem is that most of those commenting on motivation findings are examining awards in a vacuum. That isolated view doesn’t take into consideration the broader role pay should and can play in a value proposition for businesses that are trying to develop a performance culture. Compensation, when constructed properly, should encourage a stewardship mindset that has employees taking greater ownership of outcomes. It’s a tool for reinforcing roles and expectations not for trying to force desirable behavior.

In short, extrinsic motivation critics limit the purpose of compensation in general and employee rewards specifically within an organization. So let’s broaden our view of the role pay should have in a growth-oriented business. Here are seven issues that are not addressed when the intrinsic versus extrinsic motivation arguments are made regarding employee incentives:

So what should you conclude from all this?  Hopefully, you’ll determine that the controversy between intrinsic and extrinsic motivators is an unnecessary one—and that it kind of misses the point.  Financial rewards are about creating a sense of partnership, not about manipulating behavior. It’s about seven different but interdependent factors, not about a single issue or motivator.

In short, let’s apply correct principles, put an end to the debate, and move on.

You have hired good people.  You believe your business model is sound.  Your strategy is solid.  You think you pay...