During one of the opening scenes in The Graduate,  the movie's main character, Benjamin, finds himself in conversation with a businessman at a post-graduation party.  The guest pulls Benjamin aside and offers him a one-word secret to his career success: “Plastics.”  The movie's protagonist appears bewildered by the tip and can only muster a befuddled response: "In what way do you mean, exactly?"  Before Ben can even finish his question, Mr McGuire answers with, "There's a great future in plastics.  Think about it."  He then turns and walks away. 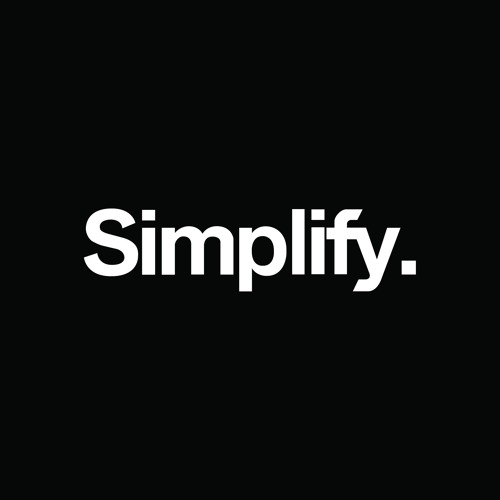 Often, much can be said with just one word.

So in that spirit, today I’d like to give you a one word piece of advice about your incentive plans: “Simplify.”

Hopefully, I will leave you less bewildered than Mr McGuire left Benjamin.

At VisionLink, a majority of the work we are engaged by our clients to do centers on the development of compensation plans that tie rewards to employee performance.  Traditionally, these have been called incentive plans.  Customarily, organizations think in terms of having either a short-term incentive plan (STIP) or a long-term incentive plan (LTIP).  Almost all companies wonder what balance they should maintain between the two and who should participate in each type.

Sometimes business leaders contact us because they are frustrated with one or both of the plans they have and want us to “fix” them.  In almost every case, the problem is that their plans are too complicated.  They have multiple metrics and participants do not really understand how to maximize the plans' benefits.  Most of the incentive programs we review are also engineered to drive a certain kind of behavior from employees.  All of this adds up to a pile of confusion, ineffectiveness and wasted investment.

With that as a backdrop, I would like to offer three principles that will help you avoid the complexity pitfall that is so disastrous for an organization’s pay strategy.  While these won’t give you all the steps to building effective incentive programs, they will give you standards you can follow no matter what those steps are.

The term “incentive plan” doesn’t really have a place anymore in modern business.  By now, everyone knows about the tomes of research and reports that say employees are not motivated by financial rewards.  So by using the term incentive, you are perpetuating the notion that somehow you can alter people’s behavior by paying them a certain way or a certain amount.  You can’t—and if you try, your people will  either end up gaming the "system" for their own benefit, ignoring the incentive plan because they don’t understand it or resenting your approach because they feel manipulated.

Instead, you should start engaging in value-sharing.  This approach begins by determining how value creation is defined in your business.   You then must develop a philosophy about how much of that value should be shared and with whom.

2. Have One Governing Value-Sharing Philosophy but Two Performance Periods

Once you have defined value creation and developed a philosophy about how it should be shared, you then want to determine how much value-sharing should reward short-term performance and how much should reward the achievement of sustained results.  This may differ by “tier” of employee and by where your company is in its business cycle.  What is important is that you be guided by a philosophy that says value will only be shared with those who help create it—and will be paid out of the “surplus” those employees have generated (in other words, the plans are “self-financing”).  This keeps you from creating what amounts to an entitlement, where you are making payouts in your “bonus” plan when the company hasn’t even been profitable.

3. Have One Governing Metric for Each Performance Period

In theory, you could have a single overriding metric that applies to both value-creation and value-sharing periods.  However, one for each is fine.  Here are two I would suggest:

By using these metrics, you are focusing rewards on the two most important factors to owners.  This doesn’t mean you cannot incorporate other metrics —such as team or department performance or revenue targets.  But keep additions to one or two.

I suggest profit as the short-term governing measure because it ensures benefits are only paid out if certain profitability thresholds are met—regardless of what other metrics you have in place.  Business value increase is suggested for the long-term component because it aligns the performance rewards with the interests of shareholders.

Once you choose a governing metric, the specific type of value-creation plan kind of identifies itself.  If profit is your short-term metric, then your annual value-sharing plan is going to be tied to that kind of target.  It could be based on an amount of profit, an increase in profit or an improvement in profit margin, but the focus is on getting your employees to understand how they can impact profit.

Similarly, if you decide your long-term measure is going to be tied to value increase in the business, you will likely gravitate towards providing some kind of real or phantom equity plan. (Most private companies gravitate to phantom stock so they don’t dilute owner equity.)  Tying a reward to the increased value of the business does not mean a formal valuation is needed every year.  Most companies construct a formula value they consistently track over time.

Hopefully, these three principles will help you develop a more effective approach to incentive plan development going forward .  By shifting from paying incentives to sharing value, adopting one governing philosophy for sharing value and limiting yourself to a single metric for each value-creation performance period, you will find yourself less frustrated with the plans you offer and the results they produce.

In one form or another, most companies face an uncertain future right now. That’s a true statement any time,...

“Tis the season” to figure out how much bonus your employees are going to earn this year, is it not?  For some...