When members of our firm first meet with prospective clients, we will often be asked something like this: "What results have your clients achieved because of the compensation plans you have helped them implement?"  While that seems like a reasonable question, in truth, it misses the mark.  You cannot typically draw a straight line between the way people are paid and the results a business achieves.  The better question is: "How do you measure the success of a compensation strategy?" or "What determines a successful pay plan?"  Let me explain the distinction I'm trying to make. 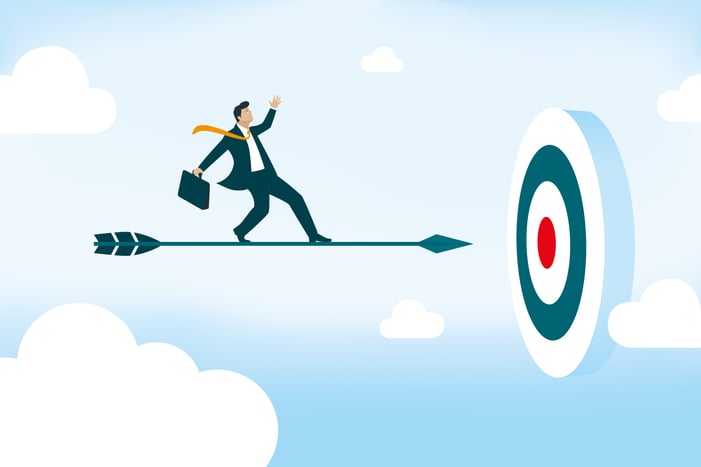 Let's suppose our firm builds a phantom stock plan for a client and that company goes on to double its revenues over the next three years.  Should we credit that success to the new compensation strategy?  Probably not.  After all, there are many factors that likely impacted that organization's performance during that time. It may have introduced a new product, made a key acquisition, saw a competitor leave the marketplace or caught some wave in its industry at just the right time.  Would the company have had that success without the phantom stock plan?  Possibly; perhaps even probably.  Conversely, if the company's revenues remained flat over that same period, does it mean the phantom stock plan was a flop?  Also, probably not.  Confused?  Are you asking, "So why bother implementing any pay plan if there's no way of knowing its impact on company results?"  Well, not so fast.  I'm not saying there's no impact.  It's just more subtle than that.  Here's why.

Compensation plans are strategic tools that wield only so much power.  They are primarily intended to communicate to employees "what's important" to the organization.  They give proportion and timelines to priorities and place a value on their fulfillment.  If effectively designed, pay plans should introduce then promote a consistent and unified financial vision for growing the future company.  They should also reinforce a person's role in the business model of the company and what their financial stake is in meeting the expectations associated with that role.  While the metrics associated with some specific pay plans might be tied to company performance, it isn't the compensation plan's job to achieve that result.  It is a simply a mechanism for defining the financial partnership that exists between the company and the employee when roles are fulfilled.  And here's the key, it is also (or should be) a gatekeeper that protects shareholders from paying out value if it hasn't been created.

So, if that's the appropriate role of a pay strategy, how do you measure pay strategy success?  Well, the measure should be whether or not it is fulfilling its role.  To determine that, here are some questions that should be answered.

1. Value Creation.  Before designing the rewards plan, did you clearly define what value creation means for your business?  Does the pay strategy include metrics consistent with that definition? Does value-sharing occur out of productivity profit--the threshold at which shareholders have already received an appropriate return on their capital account?  If the answer is yes to these questions, then it means the plan is only paying out value when value has been created--it's self financing.  This also suggests that during periods of economic decline or stagnation, the plan is self-restricting in its payouts.  That's a successful approach.

2. Pay Philosophy.  Have you articulated a clear philosophy statement?  Is the pay philosophy communicated effectively to employees?  Are the company's compensation strategies consistent with the pay philosophy?  If you answered each of those questions affirmatively, then the company is being clear about what is willing to "pay for" and is implementing plans that follow that rule.  This again should be considered a successful approach.

3. Market Pay.  Do you compare your compensation approach and levels to market pay standards?  Does your philosophy statement define where the company wants to be relative to market pay both in terms of salaries and total compensation?  Do those in charge of evaluating these standards also perform an "internal equity analysis" to compare the data with the value the company places on given roles and positions?  If this is the approach being adopted, then the company is using some outside metrics to determine if it is over or underpaying for certain roles and positions in the organization--particularly relative to salaries.  When such is the case, it knows that it is not making itself noncompetitive in its attempt to attract and retain the best talent.  If it likewise offers significant upside potential relative to the market, but within the parameters defined in the first bullet point, then it knows it has a competitive advantage in attracting key producers.  That's also a successful approach to pay.

4. Total Rewards.  Do you market a future to employees?  Is there a compelling vision?  Do you nurture a positive work environment?  Are there opportunities for personal and professional development?  Is the financial partnership with your employees clearly defined?  These questions point to what is what is known as a "total rewards" approach to building a value proposition for employees.  If you adopt this framework, you are not expecting financial rewards to be the sole issue upon which attracting and retaining key producers is based. If you pay attention to each of those questions, and work hard to ensure evaluation and implementation in all categories, your company will become a magnet for the "right talent."  And companies that get great people usually get great results.  Hence, a total rewards approach is a successful one.

Most chief executives have growth ambitions for their businesses that are unfulfilled.  Seldom do they think their...

I once had a phone conversation with a CEO of a company who ultimately became a client.  He was baffled why he was...