Most business leaders agree that there should be a relationship between how employees are paid and how they perform.  If they are honest, however, they will admit that they don’t have a clue about how to create that pay for performance relationship.  They are attempting to build a high performance culture that will carry the business to new heights of growth but they really don’t know where pay fits in or how to draw a straight line between rewards and results.  Consequently, they end up with weak and diluted compensation plans. 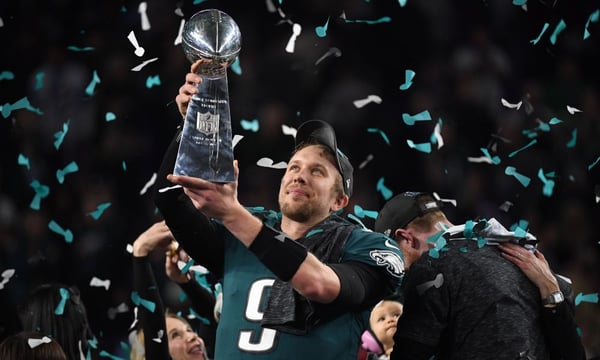 It doesn’t have to be like this.  Designing an effective pay strategy is not rocket science but it does require that you begin with clear outcomes in mind.  If you don’t know what results you are trying to drive, it will be impossible to align rewards with them.  So, let’s talk about a framework for building a pay strategy that you should consider employing so your compensation approach will have a more constructive impact on the winning culture you are trying to nurture.

Getting from Rewards to Results

1. Define the Results that Will Produce Sustained Success

Cultures that have a unified commitment to winning hit targets and produce results consistently.  They know what outcomes need to be achieved, who is responsible for their fulfillment and how both the organization and its contributors will be rewarded for success.  They don’t have nebulous goals or communicate performance expectations in generalities.  They have a unified financial vision for growing the business.

Let’s compare a successful company to a winning sports franchise.  For example, any professional football team worth its salt has a goal of winning the Super Bowl as they start each training camp.  They would certainly consider such a season to be a success.  However, if that is the extent of their vision, they will certainly fail.  On a Super Bowl ready team, every player understands what his role is and the outcome for which he has responsibility if the team is not only going to be in the championship game but emerge as the victor.  They know the expectations the coach has of them and they are committed to surpassing those expectations.

Similarly, employees will have a hard time succeeding if role expectations have not been defined and communicated.  Saying the company will consider it a success if it achieves 30% growth is meaningless to your people if they don’t know how their role is tied to that result.

2. Measure Execution and Give Feedback

Performance management systems and approaches have undergone a serious revolution over the past few years—and there is no sign of it stopping.  Rigid processes and employee evaluation routines that are constantly looking backward instead of forward are being replaced by more fluid approaches that involve mentoring and coaching.  Returning to our football analogy, individual coaches are working with players during each practice to prepare for the opponent they will be facing that week.  They are always looking forward, not backward—anticipating, envisioning, planning, training and improving.  They are making adjustments, building on employee strengths and creating a clear game plan to be executed.  As they are preparing, players receive constant feedback, correction and encouragement.

Winning organizations are adopting a similar approach.  Because they have taken the time to define success both organizationally and at the individual role level (as indicated in #1), they can focus their performance management efforts on reinforcing the execution patterns that will produce the outcomes they need.

Continuing our comparison of employees with  players on a winning football franchise, you want them to have a singular focus.  Everything they do should have a strategic impact on the organization.  As a result, you should eliminate distractions that keep them from doing so.  Employees are recruited (or at least should be) because of their unique ability to produce the results you are looking for; to fulfill a crucial role and become a participant on a distinctive team with other players whose combined efforts produce consistent wins.  As a result, during practice, you shouldn’t have your lineman doing passing reps and you won’t want your quarterbacks going through tackling drills.  That wouldn’t make sense, right?

Similarly, your key people should spend their time on things that create performance leverage.  Their attention should be fixed on accelerating the growth trajectory of the enterprise and improving the business model and strategy of the company.  Their ability to execute their roles effectively depends upon cultural and operational norms that protect their strategic influence and magnify their ability to advance initiatives that matter most.

If you want your key contributors to understand and execute their roles and stay focused on matters of strategic significance, then what should be the orientation of your pay strategy?  Hopefully, the answer has become obvious.  It should be used as a strategic tool to reinforce the outcomes you want from each employee’s role.  As a result, compensation planning cannot be addressed in a vacuum, detached from the other strategic discussions that drive the direction the company is headed.

So what does that mean?  How do you use pay as a key driver of the results you are seeking?

Well, you start by being very clear about numbers one, two and three in this sequence.  Once you have those things settled, you should then define a pay philosophy that articulates how you want compensation to contribute to the achievement of the focus, execution and results you want.  Taking time to hone that philosophy will make specific rewards plan development easier and the specific pay solutions you need more obvious.  Here are a few examples of how you might align a pay philosophy and related compensation programs with the focus, execution and results you are trying to reinforce.

Certainly, more examples could be given—but hopefully these give you some sense for how you want to think about compensation if you are trying to develop and reinforce a high performance culture.

In summary, your rewards approach should help your employees have greater focus on your organization’s growth priorities.  That increased focus leads to more consistent execution.  Steady execution produces sustained success.  Companies who consistently succeed develop a winning culture.  In time, this breeds the “flywheel effect” that Jim Collins talked about in his book, Good to Great.  When you reach this state, you have developed a true competitive advantage, because, unlike your products, the high performance culture you have developed is not copyable.

There is certainly no scarcity of studies you can read that attempt to explain what motivates employees.  And...