Last year, I read an article that reported on a study conducted by a highly respected global consulting firm about employee engagement.  The piece was published in an equally regarded business journal.  It discussed how, in today’s highly competitive environment for talent, companies need to become “irresistible organizations” if they want their workforce to be fully engaged.  It listed five different areas in which a company had to excel to meet the “irresistible” standard.  It then reported that compensation is not one of the five because it is considered a “hygiene” issue when it comes to engagement.  As long as it is  “adequate,” it isn’t really a significant influence.  At the time, I remember thinking, “A hygiene issue?  Tell that to the CEO who just lost two of his best people because they got better pay offers from a competitor.” 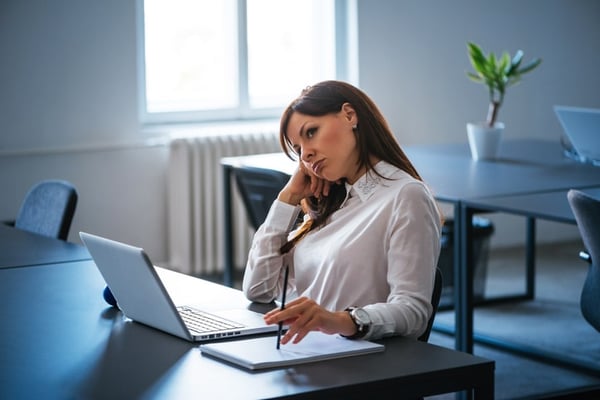 I don’t think the study took into account that if employees are leaving a company, they probably can’t be considered “engaged.”  And we’re fooling ourselves if we think compensation is not a heavy, even primary, issue employees weigh in deciding whether to stay or go.  So, suggesting that a company’s pay strategy has little bearing on the commitment level of its workforce flies in the face of common sense—not to mention the “real life” experience of most company leaders.

In our work with businesses at VisionLink, we have observed three ways a company’s compensation approach can end up having a negative impact on workforce engagement.  And our observation is that you do not have to be committing all three of these “offenses” for engagement to take a hit in your organization.  Just one will do it.  However, many, many companies are, in fact, committing all of them.

1. It is not competitive.  This one seems the most obvious—and it is.  But not for the reason you think.  Of course your company should consult market pay data and ensure you have a philosophy, system and standards in place that guard against your over paying for certain positions and underpaying for others.  However, if you assume this means you are being “competitive,” then you (no offense) are kidding yourself.

Aligning compensation with market pay data is hardly a winning strategy.  If you are offering essentially the same types of pay plans as your competitors, and within the same pay "volume" range, what makes you distinct?  In today’s environment, if you want your people fully engaged, then everything about their experience with your company needs to be compelling—including how they are paid, not just how much they are paid.  While pay studies might indicate a certain position is worth “X” amount, that may not be germane to your company.  In your organization, that may be one of the most critical positions and so you want to “weight” it differently than others.  In fact, you may benchmark compensation levels for other positions off of that position.  This is called performing an internal equity analysis.

In today’s business environment, competitive means adopting a “wealth multiplier” pay philosophy.  This implies your focus is on value creation and that you believe your employees should have virtually unlimited earning potential if they can accelerate the rate at which that value grows.  In addition, it suggests you need to remain competitive with pay trends, not just pay data.  It takes a while for the data to catch up with what is actually happening inside specific businesses and industries.

2. It is incomplete.  A pay strategy with missing parts does not inspire anyone to more fully engage in their work.  This should be obvious but for some reason it is not.  Here is just one example of what I mean:

A chief executive conducts a strategy session with his top 10 people.  He talks about the growth goal of the company and how confident he is that it can double revenue over the next three years.  He tells his executive team how important each of them is to that goal and how much he is depending on them to hit their targets and take ownership of their roles.  Meanwhile, these 10 people are paid a salary and annual bonus, which is largely discretionary.  They also participate in the company’s 401(k) plan and the general benefits offered all employees.  There is no long-term incentive plan, executive retirement or security plan, 401(k) mirror plan (deferred compensation) or participation in company equity.

Now, you tell me.  If you were one of those 10 executives, just how committed would you feel to the growth goal the CEO laid out?  And why is that?  It’s because the pay package you have been offered is incomplete.  As a result, it is not compelling—at least as far as getting people to really engage is concerned.  There is no mechanism in place to share long-term value with those who help create it.  There is no means provided to allow highly compensated employees to augment their retirement funds and save current income taxes through something such as a supplemental 401 (k) plan.

Other examples could be given, but hopefully this one makes the point.  Don’t expect people to fully engage if you have not constructed an appropriate financial partnership with them.  They need to feel like there is a unified financial vision for growing the business and they won’t if there are glaring pieces of your compensation package missing.

3. It is not relevant.  The last pay strategy “sin” too many companies commit is to construct rewards in a way that their people feel is completely disconnected from the strategic role they play.  For example, they may participate in both an annual and a long-term incentive plan.  However, there are so many metrics attached to the bonus plan, they don’t really understand how to maximize their payout under the plan—nor do they feel the targets they have been given are realistic or achievable.

They also receive stock options in the company.  However, because the business is private, they don’t know how they would actually come up with the money to exercise their options once they are eligible to do so.  They are also unclear when, how and how often the company will be valued—so they can know what their shares are worth.  Nor do they understand under what conditions they can exercise those options.

When people either don’t understand their pay, or don’t think it is meaningful because they can’t really earn what they are being offered, it is difficult to feel engaged.

So, as you examine engagement issues within your company, keep these three danger signs in mind.  Reject the idea that compensation is a hygiene issue and make it a strategic priority in your planning.

A disturbing trend has emerged in the wake of the pandemic. Businesses are experiencing a surge of people leaving....

There is certainly no scarcity of studies you can read that attempt to explain what motivates employees.  And...