Compensation and the Growth Mindset Organization

Carol Dweck’s work regarding growth versus fixed mindset individuals has been extended to the business world in recent years.  Among other things, the studies are showing that: “Supervisors in growth-mindset companies expressed significantly more positive views about their employees than supervisors in fixed-mindset companies, rating them as more innovative, collaborative, and committed to learning and growing.  They were more likely to say that their employees had management potential.”  (“How Companies Can Profit from a ‘Growth Mindset’,” Harvard Business Review, November 2014, HBR Staff) 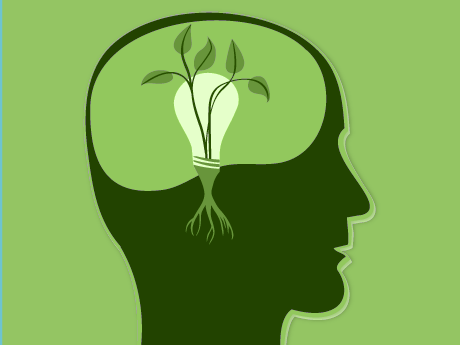 Dweck’s work does not center on compensation, per se, but it is moving towards determining whether a growth mindset organization performs better than a fixed mindset company.  We can all look forward to reading those findings when they are available.  In the meantime, the subject raises some interesting questions.  Does, in fact, compensation play a role here?  Can it have any impact on encouraging either a growth or a fixed mindset?  If so, does that mean pay also has an impact on business performance?  I believe it is reasonable to conclude it does; that the answer to each of those questions is yes.  Here is why.

The pay construct a company adopts communicates what kind of financial partnership it wants to have with its employees.   It also conveys the kind of talent it wants to attract and support within the organization.   An organization’s pay philosophy identifies what outcomes or results the business is willing to “pay for” and what form its specific compensation strategies will take.   Will they be heavily centered on guaranteed pay or will they strike a balance between fixed and variable plans.  To the extent value sharing is part of the philosophy, will the emphasis be more on short-term or long-term value creation?  And so on.

Companies that adopt rewards programs rooted in value creation and value sharing are going to attract people who have a growth mindset.  This is because such individuals crave a challenge, have confidence in their ability to succeed and, therefore, relate to a philosophy that says “we pay people more if they create superior value for the organization.”   It is a pay approach that encourages an ownership mentality—which, by nature, is growth-oriented.  As a result, the kind of value proposition you offer employees will be one of the ways people with a growth mindset will self-identify themselves.  They will naturally gravitate towards a pay system that rewards them in proportion to the value they help create.  Let’s explore the reasons for this further.

There is something inherent in successful organizations that makes everyone associated with them want to "win." You can feel it the minute you walk into their building and it permeates every aspect of their operations—including compensation.   These companies have an abundance mentality and believe that their approach to growth should financially benefit all key stakeholders.  In fact, they believe shareholder wealth will accelerate at a faster rate if others participate in the value they help create rather than being mere bystanders as the company succeeds.

These are known as wealth multiplier organizations.  They go beyond just wealth creation—where primarily just shareholders benefit from the company’s success—by enlarging the opportunity for their workforce to enjoy the fruits of company growth.  However, they don’t do it because they are merely altruistic or magnanimous (although those qualities may be present). Rather, they see the wealth multiplier philosophy as smart and strategic.  Shareholders in such organizations know they are more likely to achieve their growth goals if employees see their own wealth accumulation ambitions fulfilled through their financial partnership with the company.

Wealth multipliers are not interested in being just good and profitable. They are committed to standards of performance that they believe will have a positive impact on their customers, their employees and the communities in which they operate (whether local, national or global).

I believe that as Dweck’s studies start examining whether growth mindset companies perform better than those with a fixed mindset, the wealth multiplier phenomenon will manifest itself.  It is intuitive that a pay philosophy rooted in value creation and value sharing attracts talent with a growth-mindset.  Ultimately, when that kind of recruiting is the focus, a culture of confidence emerges where the workforce is no longer viewed merely as a group of employees.  Instead, it is considered a collection of individual growth partners who are engaged and committed to building the future company.  Such an environment turns growth-minded companies into magnets for high-performing catalysts who can accelerate the success trajectory of a business and foreclose the competition’s ability to catch up.

A disturbing trend has emerged in the wake of the pandemic. Businesses are experiencing a surge of people...

Most company leaders want their key people to share their commitment to business growth. For that to happen,...

So…is it okay to open our eyes yet? Is the scary part over? Can we relax now and stop worrying about what...