What Job Have You Hired Your Pay Strategy to Do?

Clayton Christensen is widely considered one of the world’s prominent thought leaders on the subject of innovation.   His writings on creative disruption changed the way businesses evaluated competition and how to remain not only relevant but ahead of the transformation curve.  His latest writings focus on a concept called the “theory of jobs to be done” in which he posits: “When we buy a product, we essentially ‘hire’ something to get a job done. If it does the job well, when we are confronted with the same job, we hire that same product again. And if the product does a crummy job, we ‘fire’ it and look around for something else we might hire to solve the problem.”  (Clayton Christensen: The Theory of Jobs To Be Done, Harvard Business School, Working Knowledge, Dina Gerdeman, October 3, 2016)  It occurred to me that Christensen’s premise doesn’t just apply to the products we deliver to the marketplace.  It applies to all of the systems and strategies we employ in our business including those related to compensation. 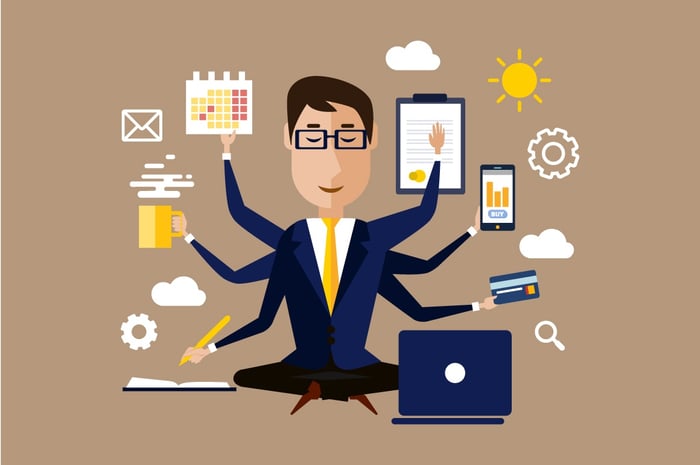 Think about it.  What if every CEO had to answer this question: What job have you hired your rewards strategy to do?  If you lead a company, how well could you answer that question?  Do you know the purpose of every pay plan that makes up your value proposition?  What is it intended to achieve?  What problem is it intended to solve?  And how is it doing in performing that job?  Is it doing so well you’re ready to give it a raise, or is it performing so poorly you are more inclined to fire it at this point?

It’s an interesting and compelling way to evaluate your approach to compensation, wouldn’t you agree?  It also has many layers to it.  Once you decide what job you’re hiring your pay strategy to do, you next have to ask yourself what job you’ve hired your compensation development process to do—and whether it’s performing up to expectations.  Is the system effectively and efficiently delivering a rewards approach that fulfills its purpose for being?  If not, that system probably needs to be fired and a new one hired.

One of the reasons these questions are difficult for business leaders to address is because the answers commonly reveal systemic failures.  And because the chief executive is ultimately responsible for the financial partnership the company forges with its workforce, admitting that the compensation strategy isn’t doing its “job” very well reflects on that leader’s judgment and abilities.  Likewise, those responsible for helping to construct and manage the rewards plan of a company are inclined to defend what they’ve created before performing an honest assessment about its effectiveness.  It’s just human nature.

How to Begin Answering the Question

To determine whether or not your pay strategy is performing the job you hired it to do, you must start by addressing why you pay your people at all.  Too often, business leaders look at compensation as an issue they just have to “deal with” and don’t give it much strategic thought.  Perhaps they institute an annual incentive plan because they think they need one to be competitive, but then end up resenting the plan because employees view it as entitlement.  So, they “fire” their bonus plan and “hire” another one in an attempt to change behavior or otherwise rewire the way their employees think.  In reality, employing an incentive plan to make sure you’re offering a competitive pay package could be a legitimate reason to “hire” (institute) a bonus arrangement if, in fact, that’s the job you need done.  But you have to know that going in before you can evaluate whether or not it’s fulfilling its role.

A more strategic approach to pay would be to adopt the same mindset you bring to building a go to market strategy for the products you develop.  What is the problem compensation needs to help solve in your business?  What is not happening organizationally now that needs to happen and how might a given pay strategy be a potential solution?  Here are some of the core drivers that should help define the “job” you want compensation to do for you.

Christensen makes the point that until consumers find a product that does the job they need it to, they will up come up with “work arounds” to get done what they need to get done.  Similarly, business leaders are constantly coming up with “work arounds” for their pay strategies because there is no core philosophy driving the construction of pay and no cohesive structure in which to manage, evaluate and adjust their approach.

Effective problem solving is something with which every organization wrestles.  And few are very good at solving the right problem.  Consequently, businesses devote time and resources to issues that aren’t central to maintaining or improving a company’s growth trajectory. Inefficiencies emerge and waste is the result.  Waste is an unrecoverable, real cost to an enterprise.

Similarly, businesses often put pay plans in place that are designed to address a particular issue without clearly identifying the problem those strategies are intended to resolve.  Consequently, they end up encouraging behaviors or outcomes that not only don’t address the key barriers the company is facing (the job they need their pay strategy to do), they create new problems in their place.  Here are just a few examples of what I mean:

Certainly, many more examples of this phenomenon could be given. Hopefully, these adequately illustrate what happens when insufficient attention is paid to addressing the right problem with a compensation solution.  In each of these examples, a valid problem had been identified; however the analysis of a potential remedy was incomplete.  As a result, these companies not only didn’t fully solve the original problem, they created additional (often worse) issues in its place.  There is nothing less effective than adding growth barriers to a business when your intent is to remove them.

This tendency doesn’t stem solely from an inability to clearly identify the problem business leaders are trying to solve. Rather, they often just don’t go far enough in considering all the implications of a given compensation strategy.  They may be focused on the right problem but the solution they intend to implement will create barriers they haven’t yet considered.  Business leaders need to be able to envision this at the outset, not just recognize it in hindsight.

What this phenomenon leads to is an excess of unintended consequences that become a drag on the organization.  Instead, pay strategies should reinforce strategic outcomes that leverage the company’s ability to achieve greater performance. If companies focus properly on the “right” problem, and all of the implications of a considered rewards plan, strategic byproducts will emerge and magnify the results a company achieves.  Here is an example of solving a problem in a way that creates this positive effect while avoiding unintended (harmful) outcomes.

XYZ Company is in growth mode and needs to attract certain people to fill key positions. The problem is it doesn’t want to lock in high salaries. However, it is in a highly competitive market for talent. The best people have several career options within the industry if they are good at what they do.

As a solution, the company decides to peg salaries between the 45th and 50th percentile of “market pay” but provide significant upside potential through value sharing.  The latter will provide unlimited “earnable” income that will be divided between short and long-term value-sharing plans.  Fifty percent of the incentive will be earned as an annual bonus and the other 50% will be applied to phantom shares based on a formula value.

The phantom shares fully vest over 60 months and start paying out benefits in the seventh year. Thresholds and metrics of company, department and individual performance are set to define benefits under each plan (earnable shares and bonus ranges) by employee tiers. The thresholds and metrics ensure that benefits are only paid when “sufficient” value has been created.

An Employee Value Statement is instituted to illustrate the total value proposition for each key producer over the next ten years if a targeted level of performance is achieved.  Through the Value Statement, employees can see that their financial partnership with the company is not limited to a $175,000 salary plus bonus.  Instead, they are participating in a $2.5 million dollar opportunity over 10 years (or whatever values and time period apply to that company’s value proposition).  And the company’s pay philosophy explains why their pay package is constructed that way and what it means to create value for the business.

Let’s think about how this approach solved the problem at hand while creating “strategic byproducts” instead of harmful “unintended consequences.”  The company put itself in the position of offering potential recruits a plan that was rich in upside potential while limiting the owner’s guaranteed salary payout exposure (solution).  In doing so, it clearly framed the financial partnership the owners wish to have with key employees in particular (strategic byproduct). It differentiated itself in a competitive talent market without over-committing on guaranteed compensation (strategic byproduct).  Additional strategic byproducts of this approach include an ownership mindset on the part of key producers and a more unified financial vision for growing the business. In addition, the organization is able to construct a pay approach that significantly drives value for shareholders while still creating rich payouts for employees due to the “self-financing” approach to value-sharing that is adopted. Benefits are only paid out of productivity profit—a threshold of value creation defined in the company’s compensation philosophy statement. The approach that was initiated created a “wealth multiplier” environment because all stakeholder rewards were tied to unified, business growth components.

When you consider all of the things a pay strategy can help you achieve, thinking about the job you’ve hired it to perform becomes a very logical and essential evaluation.  Christensen’s approach can transform the way you think about compensation and lead to rewards solutions that effectively address the problems you need to solve and leverage the opportunities on which you wish to capitalize.

Learn more about how VisionLink helps companies determine the job they want compensation to do by visiting our capabilities page.

Most chief executives have growth ambitions for their businesses that are unfulfilled.  Seldom do they think...

I once had a phone conversation with a CEO of a company who ultimately became a client.  He was baffled why he...

Last week, VisionLink broadcast a webinar entitled, 3 Pay Strategy Decisions Only the CEO Should Make.  Why...