Everything related to a competitive advantage begins with hiring and keeping premier talent—then making sure those people execute on the right performance factors.  If you disagree, then perhaps you can identify a company that has mediocre people who are not performing and is somehow sustaining a competitive advantage.  Let’s face it, it just doesn’t happen.

Your people and their distinctive abilities are the soil from which a competitive advantage harvest is reaped.  This conclusion is born out in real (business) life over and over again.  However intuitive this may seem, it is interesting to observe how many companies focus on peripheral issues in their competitive advantage quest.  Two well-known authors have noted this fundamental truth.

First, Jim Collins, in his book Good to Great, explains:

When we began the research project, we expected to find that the first step in taking a company from good to great [another way to frame the concept of competitive advantage] would be to set a new direction, a new vision and strategy for the company, and then to get people committed and aligned behind that new direction.

We found something quite the opposite.

The executives who ignited the transformations from good to great did not first figure out where to drive the bus and then get people to take it there.  No, they first got the right people on the bus (and the wrong people off the bus) and then figured out where to drive it.

…The good-to-great leaders understood…simple truths.  First, if you begin with “who,” rather than “what,” you can more easily adapt to a changing world.  If people join the bus primarily because of where it is going, what happens if you get ten miles down the road and you need to change direction?  (Good to Great, Jim Collins, Harper Collins Publishers, Inc. 2001, pgs. 41-42)

Under this premise, one could almost reduce the criteria for competitive advantage to one issue—getting and keeping the right people.  If you are attracting high performers, you are able to carve out whatever strategy is needed for success and know that it will happen.

However, a second issue is equally important.  Once you have the right people, and have developed a compelling vision, purpose and strategy, how do you keep those people productively focused on the roles and expectations that will lead to success?

In his book Winning, Jack Welch had this to say in answer to that question.

Hiring good people is hard. Hiring great people is brutally hard. Yet nothing matters more in winning than getting the right people on the field, then guiding them on the right way to succeed and get ahead.

…If you want people to live and breathe the vision, “show them the money” when they do, be it with salary, bonus, or significant recognition. To quote a friend of mine, Chuck Ames, the former Chairman and CEO of Reliance Electric, “Show me a company’s various compensation plans, and I’ll show you how its people behave.” (As quoted in Newsweek, April 4, 2005, pgs. 47, 46)

So then, am I really saying that having the right people and giving them the right compensation is all that is needed to attain and sustain a competitive advantage?  Not exactly.  But before explaining what else is needed, let me explain why CEOs think the need for premier talent is such a critical issue.

At a conference of business leaders I attended recently, a CEO panelist was asked: "What do you most look for when recruiting new leaders?"  His answer?  "I guess I'm looking for gamers...business partners; people who'll care about the future of the company as much as I do and are willing to 'get dirty' and make things happen."  The response evoked a nodding of heads from other chief executives on the panel and in the audience.

That's not a secret really, is it?  Business growth depends on the superior performance of premier talent. And such individuals are not defined solely by their technical skills.  For most business leaders, it's a given they'll need those.  Instead a compelling candidate is one who has demonstrated an ability to have a meaningful impact and facilitate transforming growth and change.

So what is that kind of talent looking for and how can you make sure those people will find it in your company?  In my experience, three rules apply.

Rule #1--Recruit to a Team of Leaders

High performance individuals want to be part of an empowered team of leaders.  This means they assume you're hiring them to provoke change and improve the growth trajectory of the company.  They seek what the authors of the book, Team of Leaders, call "Stage Five" team development; where everyone on the team is expected to step up and provide leadership so that all the leadership tasks are driven by team members.  (See A Team of Leaders, AMACOM, 2014, Paul Gustavson  and Stewart Liff)

Rule #2--Project a Culture of Confidence

A culture of confidence is the product of success patterns that have taken root in an organization. Employees expect the company to "win" because it has demonstrated its ability to do so over and over again.  Top performers are looking for organizations that know how to win--and where success is expected. Learn how to spotlight your company's confidence in its ability to win and the role your new recruit will have in continuing that win streak.

Top producers are organizational “catalysts.”  Positive things happen wherever they are in the business world.  They know this and therefore know their worth.  Therefore, they are not looking for a “run of the mill” compensation package--salary, bonus, benefits.  They are looking for a financial partnership with owners.  They want to share in the value they help create and build wealth.  Consequently, you should build a broad-based compensation strategy that will attract the entrepreneurial candidate you'll need as “catalysts” for your business.

As you focus on these three rules, you'll find that a lot of other things normally thought of as necessary to attract the best talent can be placed in one of those categories. 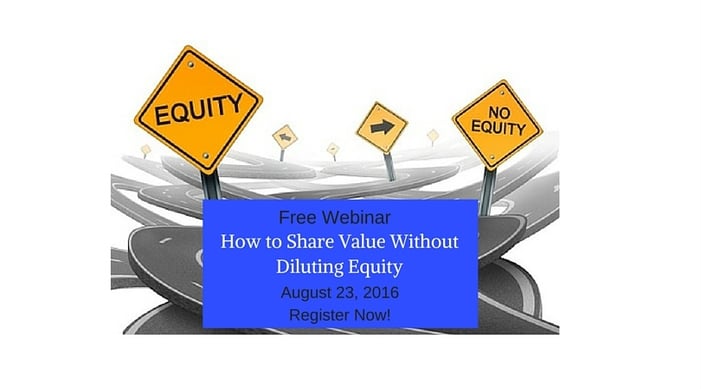 The Difference Between Attracting and Recruiting Top Talent

Every company wants to hire great people.  But not every business has the same level of success in their...

What Kind of Employees Should You Be Recruiting?

If you lead a business, you likely have a good sense of what your company can achieve.  But you recognize that...

3 Ingredients Your Pay Offer Must Include to Recruit Top Talent

People who have unique abilities and understand the current state of the talent market know they are in a...