Can CEO Success be Aided by the Company’s Pay Strategy?

As a matter of fact it can.  Yes, really!  Think about it, CEO success is largely determined by the value creation and sustained growth that occurs under that leader’s stewardship.  To accomplish that, he or she must be able to align the organization’s workforce with performance standards that will drive those results.  And a key tool in communicating those expectations is the rewards philosophy and strategy the chief executive employs.  Let me explain. 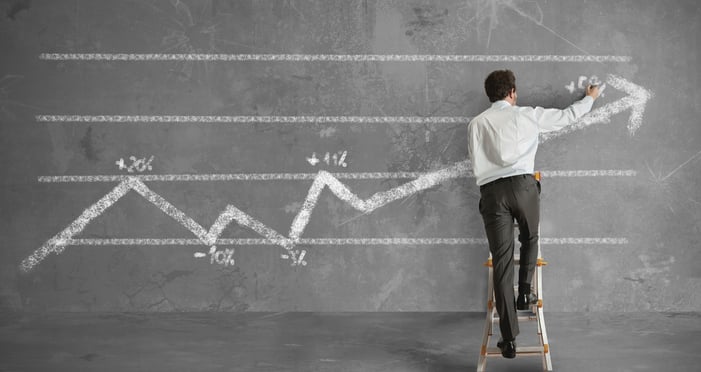 Certainly, pay is not the only determinant in creating a unified employee commitment to value creation, but if compensation is not approached properly, it can be a deterrent. Your pay philosophy and approach need to make clear to your people what their role is, what is expected of them in that role and how they will be rewarded for driving business growth.   If this kind of line of sight is not created, it is not likely you will see performance rise to the level you seek.

To understand why this is true, let’s look at two “real life” examples.

A few years ago, I had a call with a CEO regarding the compensation approach he had adopted.  He had contacted me because it was not working as he had envisioned.  “I decided I would pay salaries at the 90th percentile of the market,” he explained.  “My logic was that if I paid at the upper end of the scale, I would attract the best talent.  Because I was hiring the cream of the crop, I assumed they would drive higher performance.  It didn’t happen.  In fact, our performance went down.  Why is that?  What am I missing?”

In 2012, Chief Executive Magazine published a story about Keith Williams,  a new CEO that was brought in to take the helm at Underwriter’s Laboratories (UL) in 2005.  At the time he was hired, UL was floundering.  The company was carrying considerable debt, losing market share to competitors and grappling with low employee morale.   UL had become overly bureaucratic and was broken into multiple silos.  Divisions within the company were acting as if they were competitors instead of partners in driving business results and growth.

Williams instituted a number of core initiatives, one of which was focused on the company’s pay philosophy and strategy.  Here is how Chief Executive Magazine described what he did:

By 2011, revenues at UL had risen to $1.25 billion and the company did not fail to meet an earnings projection thereafter.

I suppose the contrast in the compensation approach each of these business leaders took is obvious, but let’s take a closer look anyway.  What the CEO in the first case study failed to recognize was that there was nothing in his pay strategy that made his employees responsible for value creation.  They were going to be paid well whether they drove business growth or not.  A high income was assured.

In contrast, Keith Williams made it very clear to his people how value creation would be defined at UL—and how employees could participate in the value they helped create. He also did away with different incentive plans for different divisions.  The message he reinforced was, “We live together and we die together.”  Employees and unit leaders understood that the decisions they made had a direct impact on their earnings potential.

Are you starting to see how a compensation strategy can have a direct impact on CEO success?

So, if you lead a business and want to ensure that the rewards approach you adopt promotes a unified financial vision for growing the business, where do you begin?

You start by defining a clear pay philosophy.  And you put it in writing.   A good compensation philosophy statement should clarify at least the following:

If you lead a business, you will find that once you have established your rewards philosophy, the kind of specific pay plans you should offer will become more apparent.  Your philosophy should be referenced often as a kind of pay “constitution” that guides all decisions you make about compensation.  Before implementing any plan, you should ask yourself whether or not it is consistent with your pay philosophy.

Can, in fact, a company’s pay strategy have an impact on CEO success?  It certainly can.  So…if you lead a company, the sooner you accept that, the more pitfalls you will avoid and the more victories you will achieve. Remember, it is the CEO's role in building a pay strategy.

Most chief executives have growth ambitions for their businesses that are unfulfilled.  Seldom do they think...

I once had a phone conversation with a CEO of a company who ultimately became a client.  He was baffled why he...

Last week, VisionLink broadcast a webinar entitled, 3 Pay Strategy Decisions Only the CEO Should Make.  Why...

Most business leaders have emerged from the pandemic with two realizations. They must prevent their compensation investment from becoming the enemy of cash flow. They must incentivize company growth.