Most business leaders know their incentive plans should be tied to performance.  But what performance?  Is there a key metric that is the standard that all companies should follow?  If not, then how does one determine which measures are most important?  And are they different for determining the company’s bonus pool than they are for how a long-term incentive plan will be valued?  If you run a business, you have likely experienced some measure of consternation trying to adequately answer such questions for your company. 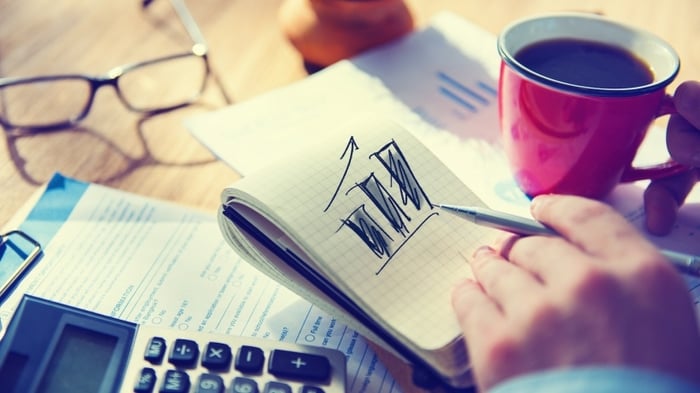 The solution to this dilemma begins with developing a pay philosophy that defines priority performance standards or factors will govern employee income potential and growth.  Typically, this needs to be approached on a kind of “macro” level before more granular measures are defined and a specific incentive plan is initiated.  For example, chief executives and others responsible must be clear in defining what value creation means for their businesses.  They must then decide how that value will be divvied up between guaranteed and variable pay plans.

Once value creation is understood, a business leader is ready to start breaking it down to more specific metrics.  In my view, there are three governing standards from which all other performance measures should descend.  Stated another way, if these standards aren’t being met, it doesn’t really matter what other performance measures are being achieved.  Conversely, when these guidelines are clearly delineated, a stewardship mindset on the part of key performers will more naturally take root.  This happens when the macro standards “rule” and override other, softer factors which, while important, aren’t as economically vital.

So, here are the three governing standards I suggest should be adopted by all organizations that desire to ensure a productive outcome from their value sharing strategy.  They are listed in descending order in terms of their relationship with each other.  Each standard is linked to the one that preceeds it with the first one having the primary governing role.

1. Profit and Profit Growth. Every company looks at profits through its own, unique organizational lens.  For some, EBITDA is the most critical measure.  For others, it’s net operating income.  Regardless of how a company specifically defines it, every enterprise relies upon profits to fuel expansion and growth.  Increased profits (or profit growth) also come in different ways.  Some businesses rely on margin improvements and managed costs while others drive improved profitability through sales volume, market expansion or product improvements.  For many, it’s “all of the above.”

A company’s profitability must play a role in how employee value sharing will occur within an organization.  Unless certain standards are met and sustained in this regard, short and long-term value sharing really can’t or at least shouldn’t be occurring.  This is because a company’s profitability level is a key factor in determining the productivity profit ratio a business is able to maintain (the relationship between profits attributable to the productivity of a company’s human capital and the amount of compensation being paid to those employees).

The degree of profitability an organization is able to sustain, then, becomes a key threshold in the payout potential of both short and long-term value sharing programs—and, therefore, the earnings potential of key contributors.  These programs should always be “self-financing,” which means they are only paid out of productivity profit.  If productivity profit isn’t meeting a pre-determined threshold, then no value sharing should be occurring—because no real value is being created.

2. Revenue Growth. I have yet to work with an organization that envisions business growth without revenue growth.  I suppose such a company exists, but I haven’t seen it yet.  Revenue is the financial engine of an enterprise.  Business models are focused on the reinforcement of virtuous cycles that drive and grow revenue.  In some industries, company value (and, therefore, shareholder value) is determined (at least in part) by recurring revenue volume and sustainability.  And profitability growth is difficult without revenue growth.  In short, most businesses continually look for ways to increase revenue: new product development, innovation, market expansion, cross-selling, upselling, partnering, competitor acquisition and so on.

Because revenue growth is so important, a company’s pay strategy must reinforce this standard in the minds and hearts of employees.  Often, after discussing a CEO’s vision of growth for the business, I will ask what to me seems like an obvious question.  “You have indicated you intend to grow the business from $100 to $175 million in revenue over the next three years.  What part of your compensation strategy communicates that expectation to your employees?”  Too often, there is an awkward silence that follows that query.  Either the business leader doesn’t have a pay component that reinforces that goal or he is paying out incentives without meeting adequate thresholds of revenue production .  Instead, other performance standards are given higher emphasis (most often, unintentionally): personal goal fulfillment, soft standard achievements (team building, meeting recruiting goals, etc.), department project completion, and so on.

I’m not suggesting that there aren’t a multitude of performance factors that chief executives should be concerned about, including the ones just mentioned.  But what we’re talking about here are governing standards—one’s that should override or at least temper other performance elements when it comes to pay construction and fulfillment.  If revenue standards aren’t being met, then certain pay opportunities just shouldn’t be available.  Value sharing in particular should occur only when there is a value creation threshold achieved.

3. Consist KPI Fulfillment. Setting and communicating key performance indicators is nothing more than defining success for a role within your organization.  And the more important a role is to the growth of a given business, the more critical it becomes that those indicators be clearly defined, effectively communicated and consistently fulfilled.  KPIs are the measurement guideposts that tell a business leader whether it is likely that profit and revenue targets are going to be met in a given performance period.  They also paint a vivid picture of whether a given employee is hindering or helping the achievement of those targets.  KPIs reveal whether that high powered talent you just hired is real or fake.

The reason I’ve placed KPIs where I have on this list of governing standards for pay is because they need to be simultaneously subordinated to and supportive of the first two factors—profit and revenue growth.  I’ve seen too many CEOs pay out annual bonuses—or otherwise share value with employees who have met certain KPIs—when the company wasn’t profitable and didn’t meet its revenue or profit targets.  That just shouldn’t happen.  KPIs that don’t translate to profit and revenue growth should be questioned when it comes to determining employee earnings potential.  Compensation must reinforce and support shareholder interests, not undermine them.  So, yes, set clear KPIs—and promote and reward their consistent execution—but only if they drive the profitability and revenue outcomes the company’s stability and growth rely upon.

Perhaps you will think these three governing standards should be obvious to any chief executive who seeks to “lead” a company to new levels of growth.  I agree.  Unfortunately, they are not (obvious). Here’s to hoping that will change and that CEOs will experience new levels of performance as a result.